In the heart of Junaluska sits the Boone Mennonite Brethren Church, home to the largest Mennonite congregation in North Carolina.  The Boone Church was built in 1918 and founded by Rev. Joseph Tschetter and his wife Katharina. The two were ordained missionaries of the Krimmer Mennonites, with religious roots in southern Russia and Germany. The two missionaries made their way to North Carolina in 1903, leaving behind the Plains of the Midwest for the mountains of southern Appalachia. It would be here where the Tschetters would join their fellow Mennonites in assisting with the Salem Mennonite Misson Church and Orphanage in Elk Park, Avery County serving the African American population of the region (1).

By 1911, Rev. Tschetter began holding Mennonite services in neighboring Watauga County within what became the Junaluska community of Boone. In 1917, he organized a Mennonite congregation with eight original members, and built the church that still stands today the following year. Since the opening of the Boone Mennonite Brethren Church doors, the size of the congregation continues to grow as the community has made the Church their own (2). 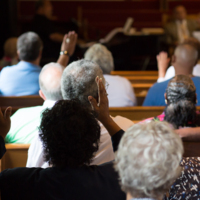 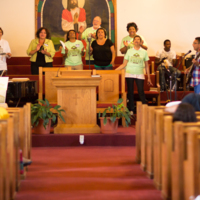 Not Your Typical Mennonite Service

Though Mennonite theology provides the framework for members’ beliefs, it is not the sole influence for the Boone Church. These services are more along the lines of Baptist or Methodist worship practices. Services consist of call and response preaching, holy dancing, clapping, and shouts. In addition to observing non-traditional worship practices, services held on Sunday replace traditional Mennonite hymns with exhilarating gospel songs lead by the Junaluska Gospel Choir. As former minister Rev. James Isbell was once quoted, “A starched in the collar Mennonite would raise his eyebrows at what goes on in the Boone Church (3).” This unique attribute of the Boone Church has served the Mennonite community in Boone, N.C. well, providing its members with an expressive and upbeat form of worship. 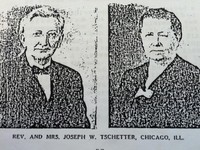 The Tschetters left South Dakota and joined their fellow Mennonite missionaries at the Salem Mennonite Mission Church and Orphanage in Avery County. Eight years later, Rev. Tschetter began holding Mennonite services in Junaluska and by August 17th, 1917, he had established the original congregation that consisted of eight members who would hold services in the school house before the opening of the Boone Mennonite Brethren Church a year later (4). 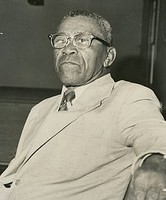 Rev. Horton attended school at the Salem Mennonite Mission Church and Orphanage even though he was not an orphan. The influence of the Mennonite missionaries had a great influence on him as a child, and in 1935, he became the minister of the Boone Mennonite Brethren Church, he served until his death in 1986 at the age of 96. In addition to his service to the Boone Church, he also was elected moderator of the six Mennonite Brethren churches that make up the North Carolina District Conference. His strong spirituality and dedication to the church and Junaluska community earned him the title of “Moses of the Mountain (5).”

Known as “Uncle Rock” for his friendliness, Rev. Rockford Horton was ordained in 1927 and pastored for the Boone Mennonite Brethren Church between 1930 and 1960. He was said to of preached with such conviction that he once moved a man so deeply that he slid to the front of the church like "he was stealing homebase," to be saved.  In addition to his role as the Boone Church’s minister, he was a champion for the Mennonite Brethren faith and instrumental in establishing Mennonite Brethren Churches throughout the mountains of North Carolina (6).

4. Chris Eidse . "We Got It Right: A Unique MB Congregation in the Appalachian Mountains Highlights a Rare Hybrid of Culture and Faith." Boonechurch.com. na. Accessed April 04, 2016. http://boonechurch.com/we-got-it-right/.