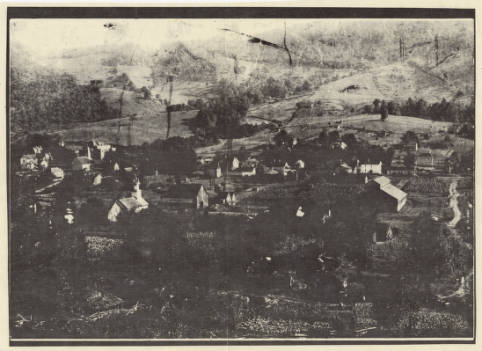 Aerial View of Boone- 1900. On the left is the old Boone Methodist Church built in 1866. Photo courtesy of Watauga County Library.

The Junaluska community in Boone, North Carolina is one of the earliest African American communities in WNC. Very little is known about the community prior to 1900, there is only one mention of free individuals of color prior to the turn of the twentieth century. Johnson and Ellington Cuzzins were both free men of color living in Boone during the 1850s. 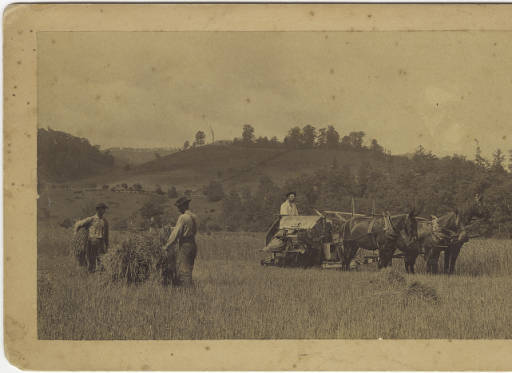 According to census records from 1850 Johnson Cuzzins (also spelled Cuzzens and Cousins) was a 44 year old farmer with a white wife named Charlotta (1). Johnson and Charlotta had nine children ranging from three months to eighteen years.  The census records also indicate that Johnson preceded his brother Ellington and family by at least one year. According to the 1860 census records Ellington, who was listed as a shoe and boot maker, lived in Boone with his wife Margaret, who was white, and their two daughters (2). 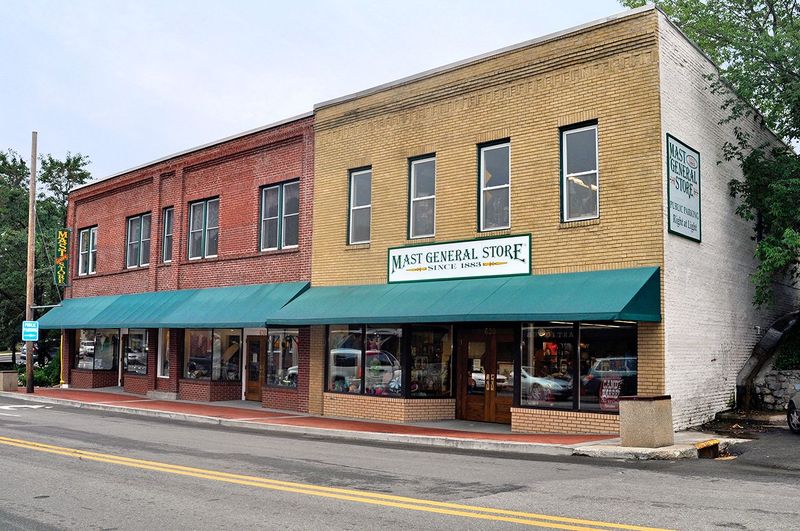 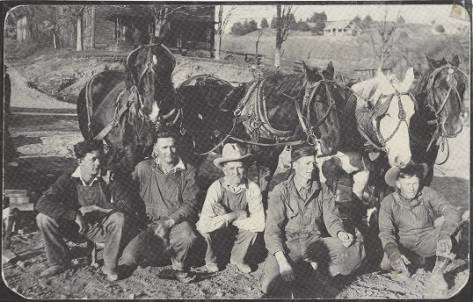 Men working on building the first hard packed road on King Street in front of the site of the Post Office would be built. Reverend Ronda Horton participated in this project. Photo courtesy of Watauga County Library.

Rev. Ronda Horton, born in Boone, NC in 1895, was raised in a twelve foot by twenty four foot, one room house on North Street. According to Rev. Horton, North Street and the Junaluska area was known as "the Hill" or "the Mountain", and was always the African American neighborhood in Boone. During his childhood, 1895 to 1915, there were between fifteen and eighteen black families living there. He was involved in the building of the first hard-pack roads in Boone. He owned his own team of horses and wagon and therefore was paid $7.50 a day for his labor. Rev. Horton also spoke of attending school at the little Methodist church for three months out of the year and then attending the Salem Mennonite Mission Church and Orphanage in Avery county. These schools were attended by other African American children in the region (4).