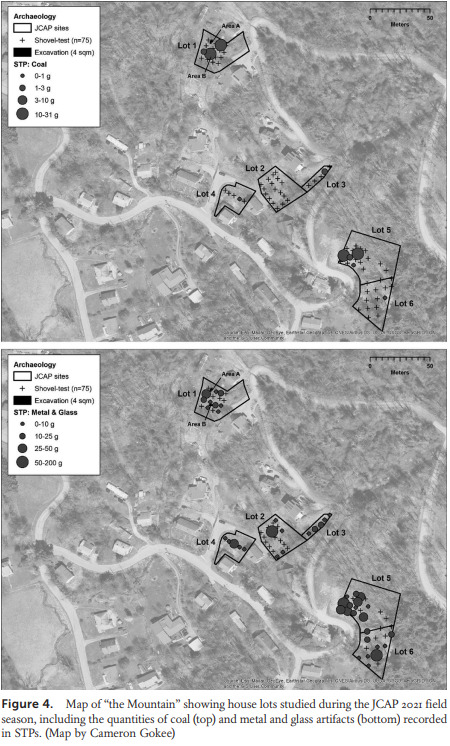 Drawing on research by two Public History graduate students, we focused on finding the Troy Councill farm, remembered in oral histories as the home of an emancipated Black family in the mid-nineteenth century.

Artifacts from this area commonly included modern plastic debris, but also coal, bottle and window glass, whiteware shards, and iron nails consistent with at least some occupation circa 1870-1930. Figure 4 to the left shows the material remains, the top image shows where coal had been found used regularly around this time period to heat homes. The bottom image to the left shows where metal and glass artifacts had been found indicating the use of the area as a homestead.

The image below shows a close up of lot 5 from the images to the left. Here is the most likely candidate for the Troy Councill homestead. This has been attested by high concentration of material culture that cooperates with evidence from oral testimonies. 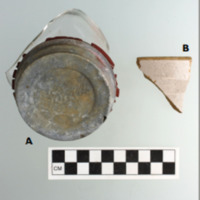 Many oral histories from Junaluska describe food preservation, which is corroborated by the many canning jars we recovered. Most examples have screw-on lids with a glass cap underneath. The font on this lid (above A), indicates that it was produced in the 1930s1960s. We also recovered a fragment of a ceramic crock (above B). Several oral histories mention cabbage, which may have been fermented in crocks for sauerkraut. 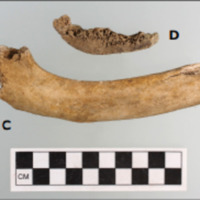 Fragments of identifiable animal bones from Junaluksa (above) primarily represent cows and pigs. Many bones have butchery cut marks, such as this pig rib (C) and this marrow bone fragment, which may have been used in soup. The presence of a mandible in the faunal assemblage suggests that butchery was an exhaustive operation, leaving as little waste as possible 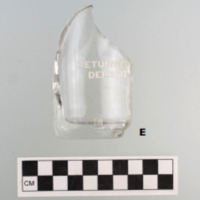 Also recovered was evidence of dairy consumption – a “return for deposit” milk bottle.

The above archaeological finds strongly indicate the presence of a homestead from the period of the early twentieth century. This with oral historical evidence points towards this being the loction of a homestead that would come to be called Troy Councills.

Although we cannot say for certain this was the Troy Councill homestead, these finds fit well with oral histories of Junaluska community, and provide clues for future fieldwork. 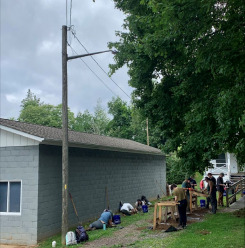 Alice Wright, from App State’s Department of Anthropology, led her Archaeological Principles class in a dig at their most recent site located at 215 North Depot Street. This site is adjacent to the previous location of a historic Chocolate Bar, which was a Junaluska social club in the 1940s and 1950s, according to the JHA. 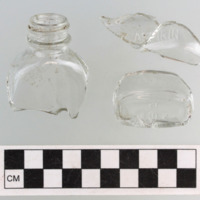 Several fragments recovered during shovel testing on “the Mountain” proved to be an aspirin bottle manufactured in the early-mid 20th century by a pharmaceutical company in WestVirginia. (Above) 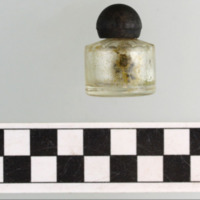 The tiny, round bottle with a black plastic lid (above), contained a perfume called Irresistible. This was produced by the company Joubert et Cie in the 1930s 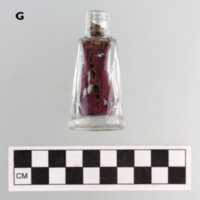 The nail polish bottle (Above G), produced by Revlon, dates to the early 1940s, predating a 1946 bottle redesign

The items recovered from the chocolate bar dig reveals an insight into everyday life of the people of Junaluska. This eveidece is gives light onto a history neglected by generations of segregation and ignorance. This work then enriching the cultural heritage of the Junaluska community.