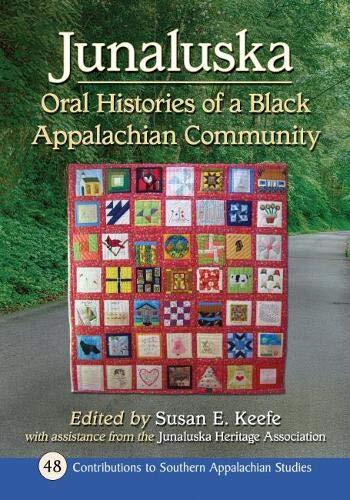 Oral history of one of Appalachia’s oldest black communities published.

A new book of oral histories of members of the Junaluska community has just been published. It is the first-ever comprehensive history of the community in the residents’ own voices. The book Junaluska: Oral Histories of a Black Appalachian Community was released by McFarland, a leading independent publisher of academic nonfiction, on Juneteenth, 2020.

The book is co-edited by Dr. Susan Keefe and the Junaluska Heritage Association (JHA). Formed in 2011, the JHA is a community-based organization dedicated to preserving cultural heritage and protecting the neighborhood in Boone, NC.

The thirty-six life history narratives adapted from interviews with residents (born between 1885 and 1993) offer a people’s history of the black experience in the southern mountains. Their stories provide a unique glimpse into the lives of African Americans in Appalachia during the 20th century – and a community determined to survive into the next.

Keefe, Professor Emerita of Anthropology at Appalachian State University, has worked closely with members of the community in editing the book, which is based on three decades of participatory research. “We are happy to see the publication of this book which documents our history and the lives of our people,” said Roberta Jackson, facilitator of the JHA and member of the community.

The Junaluska Heritage Association was previously successful in erecting a monument in the Boone City Cemetery in 2017 dedicated to the 165 mostly unmarked graves in the segregated black section, begun as a slave cemetery.

The book, which includes forty-four photographs, is #48 in the series Contributions to Southern Appalachian Studies. It is available in electronic and print versions on Amazon, Barnes & Noble, and other distributors as well as the McFarland website (mcfarlandbooks.com). 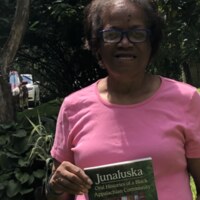 Roberta Jackson holding a copy of the book, "Junaluska: Oral Histories of a Black Appalachian Community" 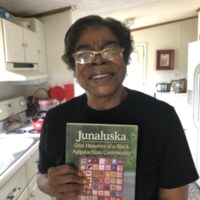 Sandy holding a copy of the book, "Junaluska: Oral Histories of a Black Appalachian Community"