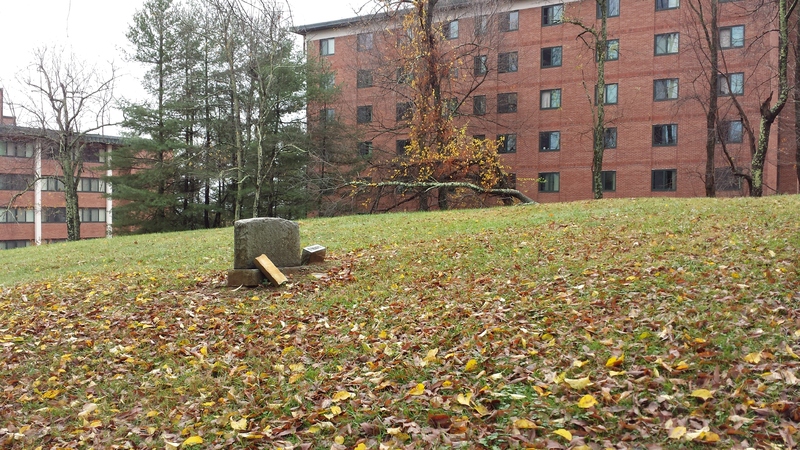 Headstones at Boone Cemetery in October 2015 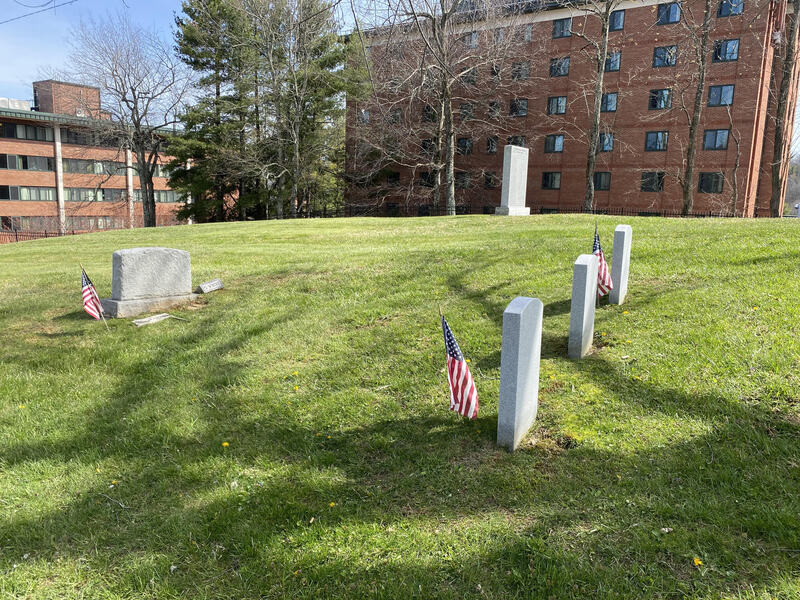 Headstones at Boone Cemetery in April 2022

Since 2014, Junaluska Heritage Association (JHA), in partnership with Boone Historic Preservation Commission (HPC), have been working to save and preserve the historic Black cemetery in the heart of Boone. The old Jordan Councill Cemetery behind Cone Residence Hall on campus includes more than 75 Junaluska community members; including early graves of people who were enslaved, and the graves of three military veterans. The JHA and a group of local citizens wanted to mark the land and designate the area as a historical cemetery.

Jordan Councill owned the largest number of enslaved people in Watauga County in the 1800s, and he donated the land for the Boone Cemetery. Additionally, researchers suspect that Jordan Councill owned a significant portion of the land where the Junaluska neighborhood now stands. By 2014, the Black cemetery went largely unmarked and laid outside of the original fence around the white section of the cemetery. Several of the few existing tombstones in the area were moved, removed, or toppled. The Black cemetery had only three remaining tombstones, and the area looked like a grassy field.

At the time, the Junaluska Heritage Association sent a letter to the HPC requesting their assistance in preserving the Black section of Boone Cemetery. The JHA wanted to fence the Black section of the cemetery, add a retaining wall to stop erosion, and place a sign warning people that it is illegal to vandalize a cemetery (1).

After work by the JHA and HPC to remind the Town of the poor condition of the Black section of the cemetery and that the Town indeed owned the entire burial ground in 2016, the Town began improving the site as the JHA had requested. They also undertook a ground-penetrating radar survey of the entire Black section and discovered 165 unmarked graves (2). Implemented improvements include tree and brush clearance of the Black section of the cemetery as well as removing the chain-link fencing that was around the white section. New fencing encloses the entire burial ground now. Further improvements were planned but have not yet taken place. This includes placement of interpretive signage that explains the former division between the two sections of the cemetery. 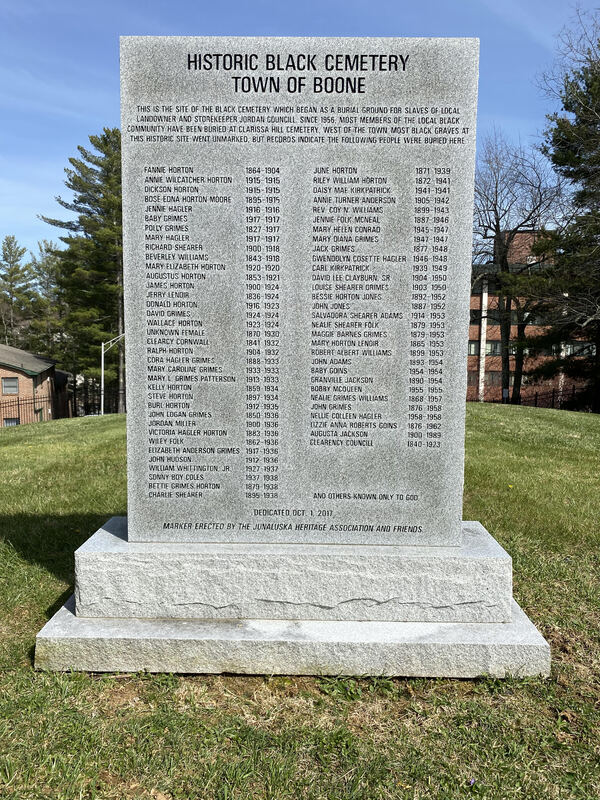 On October 1, 2017, the JHA unveiled a cemetery marker in the Black section of the cemetery. They raised over $5000 for the installation of a granite marker that lists the names of the 65 known African Americans who were interred in the cemetery. Also mentioned on the marker are the unidentified who were also buried in the area.

In collaboration with App State students and faculty, small white flags were placed in the Black section of the cemetery to mark the unmarked graves in the area. Most of this work was done by Dr. Alice Wright’s archaeology students in preparation for a graveyard tour during App State’s Founders Day 2021.

Research continues to identify Junaluska community members interred in the cemetery. The rear of the marker was intentionally left polished so that names could be added. Thirteen names have been added to the marker.